Weezic is Listening… and Judging You :)

Weezic is “augmented sheet music,” from a French team of  developers. Weezic is aimed at amateur and professional musicians including composers, arrangers and publishers (who can share their own music on the site), ensembles including choirs, and teachers, who can use Weezic to “motivate students to practice more regularly and more seriously at home.”

[title size=”2″]Video Demo[/title]
In the following video, I focused on the feature most relevant to teaching: Analyzing live practice. The software listens to you play a live instrument (in my case a Casio keyboard set to piano sound), detects your pitches and timing, and evaluates your accuracy compared to the score. I started with one of the demo scores from their website on a laptop (I haven’t tried the iPad version). You can set it to play accompanying parts back along with you, so theoretically it should feel like playing with a virtual ensemble.

[one_half last=”no”]
[title size=”2″]Impressions[/title]The evaluation process seems to work well overall: for the most part, it noticed the same mistakes in my playing that I noticed. But it varied a bit: the video shows only two of the performances I attempted overall. I made a few deliberate mistakes in the first one, but tried to play accurately the second time, and it gave me poor marks both times. Before the video I did a few practice runs, and it gave me higher marks than you see in the video, even though I thought my performances were similarly accurate (apart from the ones where I tried to be inaccurate).

That said, I have the sense that it is largely accurate, and would just require more time to get the hang of it. To get a stronger overall sense of its accuracy, one would need varied repertoire and several players of different skill levels. The testimonials on Weezic’s site speak well of the results.
[/one_half]

[one_half last=”yes”]
[title size=”2″]Interface[/title]I shot the video after a half hour of fiddling around to get the hang of the interface in the demo score. The instructions are partly in French, but most words are similar enough to English that English speakers can get by. Navigating the buttons didn’t feel immediately intuitive to me, and in one case a button didn’t seem to lead where it says it will (as seen in my video). So the navigation could be refined further, though I did get the hang of it.

[title size=”2″]Other things to note[/title]Pricing and Plans: The pricing structure is attractive: access to the software (entirely web based, no installation necessary) is free, and you pay for the music you use. This seems to tend in the direction of Weezic functioning as a kind of publishing platform.
[/one_half]
[title size=”2″]Mobile: There is an iPad app[/title]

…but no app (that I could find) for iPhone or Android; I don’t know the company’s plans in that regard.

Choirs: The page for choirs suggest that the “listening” feature I explored in the demo doesn’t apply to voices as it does for instruments. But there are a number of potentially very useful features for choirs, including the ability to submit repertoire that’s not otherwise easily available in MIDI or XML format, and Weezic “commits to producing them in less than a week.”

[tagline_box backgroundcolor=”#f6f6f6″ shadow=”yes” border=”1px” bordercolor=”#f6f6f6″ highlightposition=”bottom” link=”http://themeforest.net/user/ThemeFusion” linktarget=”” button=”” title=”Class Activity Suggestions” description=”This is definitely a tool to try for anyone who spends a lot of time practicing an instrument, especially students. Teachers should probably supervise a few times to make sure it’s working well for the needs of a particular student. But the potential is big. For one thing, it might make practicing more fun to feel surrounded by an ensemble.

In summary: I didn’t test Weezic exhaustively, but it looks fun, useful, and definitely worth exploring!
* As a disclaimer, I should say that I used one of the demo scores, which may not be kept up to date in line with the main product.“][/tagline_box]

About the Author: Robinson McClellan 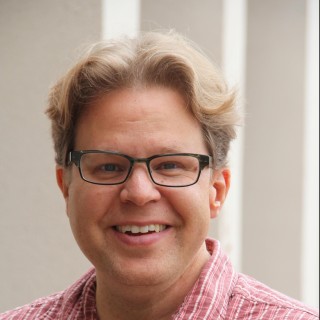